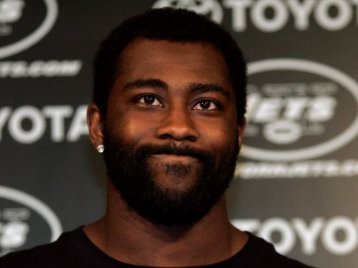 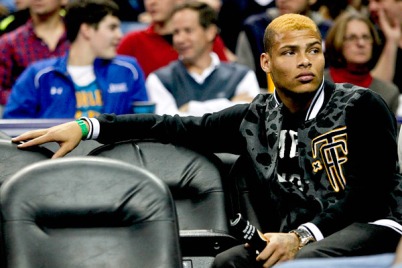 ESPN: Pessimistic about his chances of re-signing Darrelle Revis before he becomes a free agent next year, New York Jets owner Woody Johnson is open to trading the star cornerback, a person familiar with Johnson’s thinking said Wednesday night. Revis’ contract will void after the 2013 season, and there is a clause in the deal that prohibits the Jets from using the franchise tag. If they don’t sign Revis to an extension, the Jets could lose him as a free agent. The fact that Revis is just three months removed from major knee surgery complicates the matter. There also are salary-cap ramifications that could hinder a potential trade. Johnson has “no confidence” in the Jets’ ability to re-sign Revis, the person familiar with his thinking said. Despite the knee injury, he could seek more than $16 million per year, which could be prohibitive for the cap-strapped Jets. They’re already $19.4 million over the 2013 salary cap. Revis is due to make $6 million in 2013, including $3 million in base pay and the rest in various bonus money. The Jets could gauge interest around the league, hoping to receive fair-market value for Revis. But that will be difficult, considering the nature of his injury and his steep contract demands. CBSSports.com first reported that Johnson wants to explore a possible trade involving Revis.

Awww, look at that picture of the Honey Badger sitting with Manti Te’o’s girlfriend. I’d say this is right on par for the Jets. Another offseason with Darrelle Revis contract/trade talks and now the news that they are entertaining the thought of Tyrann Mathieu on their roster. Obviously it’s the media putting the Jets under a microscope but out of all the players out there, why the Honey Badger? Kid comes with more baggage than a stripper with a kid and a crack addiction. People like that don’t turn the corner plus is it me or does anyone else think this kid is highly overrated? No school wanted him in college so of course the Jets want him. Out with Tebow and in with the next PR disaster. Also, the Jets didn’t really have a problem with defense so I’d look for help on the other side of the ball. If anything they need a new QB with some weapons to throw to.

How have we not talked about the fact that Rex Ryan still has a job???