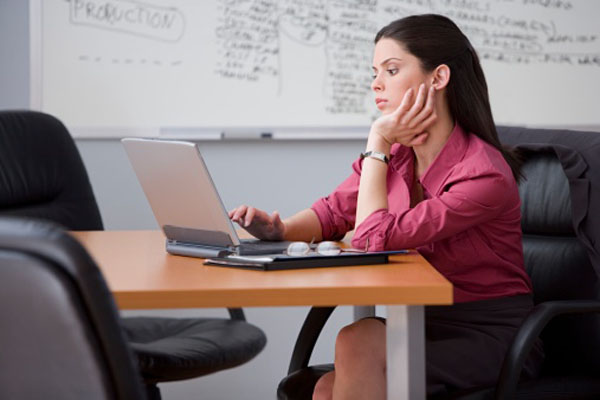 Gawker: Proof That Every Country Music Song This Year Was The Same

Guyism: Guess Who The 10 Most Hated Men In America Are

TheChive: These Photos Will Make You Feel Old [PHOTOS]

Uproxx: The Most Confident Spelling Bee Failure Of All Time

WorldStarHipHop: Dude Gets Beat Down For Money He Owes

WorldWideInterweb: And The Award For Greatest News Headline Goes To…

Hypervocal: Best News Bloopers For May 2014

Distractify: These Babies Can Dance

Viralnova: 20 Photos That Will Make You Look Twice [PHOTOS]

Christ Almighty! I’m not sure if the NYPD took a bigger beating from the fight or the fans? It’s just good to see unity among New Yorkers once again.

Side note: I don’t think Nassau Colosseum has seen this many people in attendance for a hockey game since the 1980s.

Gawker: James Franco Admits To Hitting On A Teenager On Instagram

Guyism: Drunk Student Destroys Spa And Eats All Of Their Hot Pockets

TheChive: 30 Things That Happen In Every Movie But Never In Reality [PHOTOS]

Uproxx: Fails Of The Week [COMPILATION]

WorldStarHipHop: Mama Gettin Down To The Ying Yang Twins

Hypervocal: Watch A Girl In A Bikini Get Tasered

Viralnova: 25 Perfect But Not Perfect Answers Kids Put On Tests

So yesterday I posted the hottest female snowboard Olympians competing in Sochi this year. Well here are just a few more in other sports. Probably the ONLY thing that makes me wish I was over in Russia next week.

With all the terrible PR/horror stories we are already hearing out of Sochi, there might actually be another problem for the Winter Olympics. The women’s snowboarding participants are hot enough to melt all of the snow. Seriously, is there some kind of hotness requirement for this event?

HuffPost: Ranking Hangovers Based On The Alcohol You Drink

Guyism: What One Kid Would Do With A Billion Dollars Is Evil

Barstool: Guy Gets His Ass Kicked For Hitting On Chick On The C Train

BleacherReport: The Most Epic Hair In Sports

BroBible: Things You Can Do To Be Happier

TheChive: No Thanks, I’d Rather Not Any Of This! [PHOTOS]

EliteDaily: The Difference Between Boys And Men That Every Woman Should Know

Distractify: The 43 Worst Possible Times To Take A Selfie [PHOTOS]

NFL: Arizona Cardinals safety Rashad Johnson lost the top of his left middle finger after tackling the New Orleans Saints‘ Darren Sproles on a punt return during Sunday’s loss, according to The Arizona Republic’s Kent Somers. According to Somers, Johnson came to the sideline after the play with a finger injury. He took off his glove, and the tip of his finger remained behind. Johnson, by our count, then stayed in the game after the injury. Johnson had surgery after the game to shave his finger down to the first knuckle, according to the report. The bone was exposed so infection is a possible concern.

Nasty stuff right here. I’d love to know how it happened and the fact that he still went back in the game is nuts.

Guyism: Katherine  Webb And AJ McCarron May Or May Not Have Broken Up

DeadSpin: Here’s The Upper Cut That Got That Clemson Player Ejected

Popoholic: Candice Swanepoel Wants To Show Off Her Lingerie [PHOTOS]

HyperVocal: Watch This Demolition Of A Bridge Over The Ohio River

Uproxx: Contestant Who Was Screwed Out Of A Million Bucks Gets Second Chance On Fallon

So ESPN is now reporting that both the Giants and the Jets invited this kid to work out for them this week. After David Wilson’s fumbling problems and the Jets non existent run game, both teams felt they would have a better chance in week 2 with this kid in the backfield. More to come on this developing story.

UPDATE: The little bastard turned both teams down

The Jet Press: Remember our buddy, Fireman Ed? Well it doesn’t look like he is planning on returning for the 2013 season. The Jets are actually planning a way to replace him. And it’s a little bit crazy. The Jets organization has taken it upon itself to take the famous “J-E-T-S” chant, and, instead of letting the fans do it naturally, converted it into an organized event. The letters will be done by designed sections.

How do you know football season is right around the corner? No, not because you might have a fantasy football draft coming up on your calendar–because the Jets are in the headlines for off the field reasons a month before their first game. Surprisingly, it has nothing to do with players (yet) and more about how management is organizing the new J-E-T-S chant. Last season Fireman Ed quit on his team because of the “verbal abuse” he was taking for wearing a Sanchez jersey and instead of putting on a throwback Namath, he decided to call it quits. That’s when one guy in the Jets weekly Monday morning meeting sarcastically said let’s divide the stadium into 4 sections and have the fans do the chant themselves. His boss shot a look over and said that’s the greatest idea I’ve ever heard! Let’s put that on a memo to all of our season ticket holders so they know by our first home game! As if Jets fans didn’t have enough to be embarrassed about, now they have to deal with this shit. It’s getting to the point where I almost feel bad…ALMOST.

Under/over of a J-E-T-S chant every home game counting the kickoff = 2.5