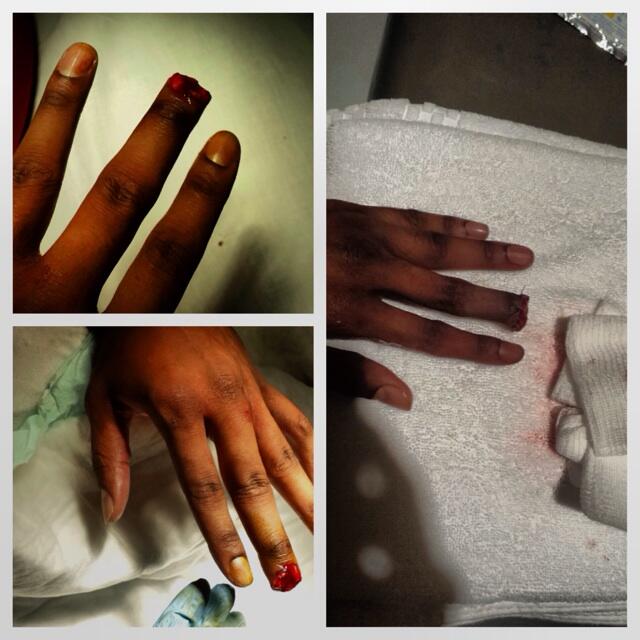 NFL: Arizona Cardinals safety Rashad Johnson lost the top of his left middle finger after tackling the New Orleans Saints‘ Darren Sproles on a punt return during Sunday’s loss, according to The Arizona Republic’s Kent Somers. According to Somers, Johnson came to the sideline after the play with a finger injury. He took off his glove, and the tip of his finger remained behind. Johnson, by our count, then stayed in the game after the injury. Johnson had surgery after the game to shave his finger down to the first knuckle, according to the report. The bone was exposed so infection is a possible concern.

Nasty stuff right here. I’d love to know how it happened and the fact that he still went back in the game is nuts.