Yes, this man carries a gun. I’ve watched this now on repeat possibly 20 times trying to figure out where the cops ON/OFF switch is. Have you ever seen someone go from as polite as he was to completely bat shit crazy? Dude, you’re the authoritative figure here. The guy doesn’t want to let you in his car? That’s fine, make him wait there until you have a warrant. Don’t be mad because you think you have to let him go. And how bout the driver with the balls to say something after that Mount Vesuvius explosion from the cop. Not only would I have kept my mouth shut, but I wouldn’t be able to sleep because of the nightmares this cop planted in my head. Literally looked like a scene from The Exorcist.

Side note: Did this remind anyone of when George Brett’s home run was called back when the Royals played the Yankees? 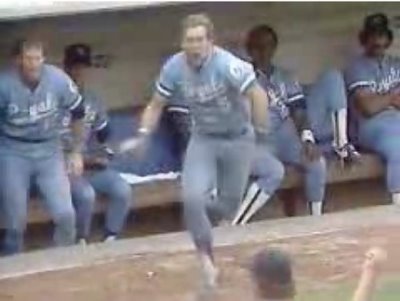