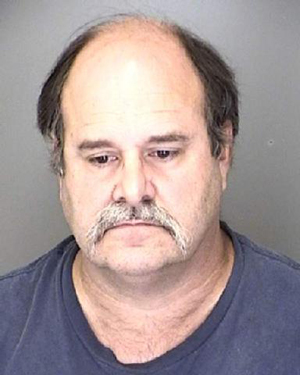 The cops arrested Stockard and seized “three computers, three laptops and several external hard drives”; he’s apparently admitted to downloading it and is facing child pornography charges. The robbers were not arrested.

But I’m not sure that’s the real story here. So let me get this straight, two thieves BREAK INTO A HOME and STEAL ITEMS but no charges are ever filed against them? Why, because they admitted it and ratted this guy out? Great message you’re sending these two teens. And who breaks into a home and steals CDs? Grab the good stuff. I’d be taking anything and everything except for what didn’t fit in the pick-up! At least they’ll know who to go to when more CDs/DVDs turn up missing in their town. Just salt in the wound for Creeper Kraig here.