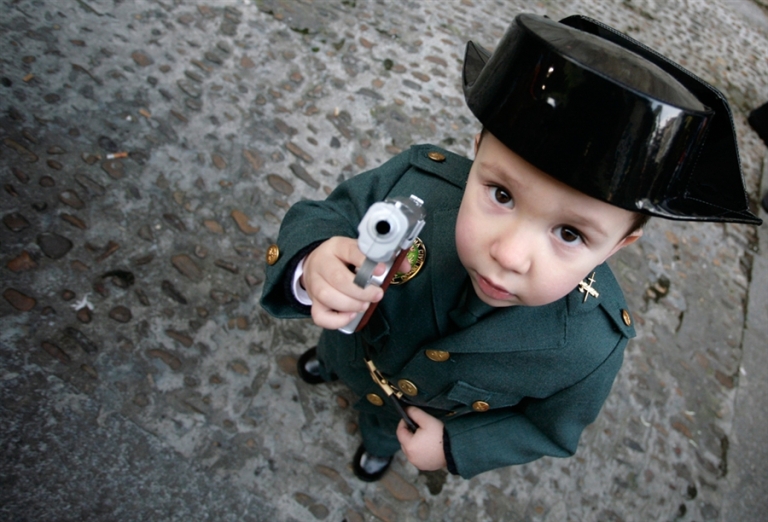 According to a police incident report, a 28-year-old woman told authorities she recognized some boys from her neighborhood while they were trick-or-treating about 6:30 p.m. Monday near Schroeder and George streets and jokingly told them she would take their candy. One 10-year-old in the group of about 10 juveniles responded with “no you’re not …” and then pointed a 9 mm handgun at her.

Ah the good ol’ South. I’ll be careful what I say since CSC has readers down there but goddamn these kids aren’t playing around. OK, now for my thug costume…oversized money sign chain? Check. Bandana? Check. Baggy jeans? Check. I just feel like something’s missing…oh shit I forgot my dad’s 9MM of course! This kid must have had a traumatic experience the previous year and no way he was getting robbed of his candy again. I’m not gonna lie that was the easiest way of trick-or-treating when I was younger. Let the younger kids do all the work and at the end of the night you give’em the old ‘I’ll take that, thanks.’ Nope, not in South Carolina. Down there you try that shit and it’s two to the chest and one to the head.