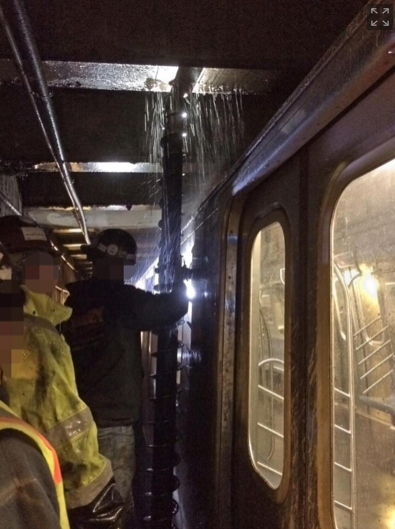 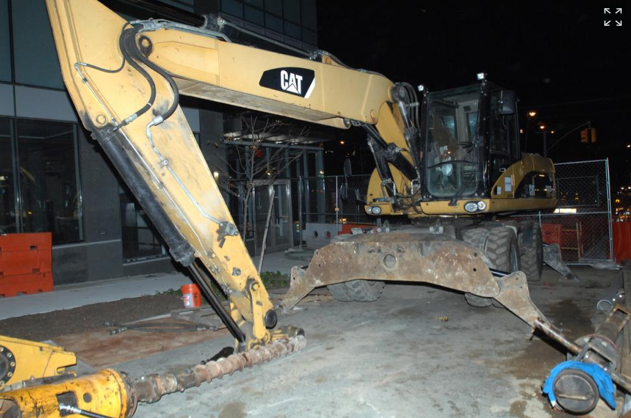 Gothamist: F train riders in Queens narrowly escaped a horrible situation when a 10-inch wide drill bit nearly went through the train car yesterday. According to the Daily News, “A contractor operating a drill as part of the MTA’s East Side Access project mistakenly penetrated a Queens subway tunnel on Thursday, and the massive bit scraped the top and side of an occupied F train.” The train was headed to Jamaica, Queens at around 11:45 a.m. when the drill hit the train car as it left the 21st Street-Queensbridge station. The Post’s sources tell the tabloid that “the operator heard a thundering noise on the roof and stopped the subway with the emergency brakes — and then discovered the drill extending from the roof of the tunnel to the floor, which struck down just inches from the side of the train.” The drill was being used by contractor Griffin Dewatering New England, Inc. Another source told the Post, “Somebody made a mistake; maybe a surveyor or a field engineer. They drilled into the street but didn’t realize they were right over the F train tunnel. They weren’t supposed to be in that spot.” And the News’ MTA source said, “Some people don’t follow instructions; they drilled deeper than they were supposed to.” Passengers were taken off the train and put onto an emergency train. One passenger was sanguine: “I wasn’t worried, I just assumed it was normal MTA crap. Something’s always breaking, you’re underground so you’re pretty much secluded from knowing if there is any real danger.” Anything’s better than a used condom brushing against your hair, right?

This is some serious Final Destination kinda shit. Imagine the person who was sitting in the seat next to that drill? Unfortunately it seems death will be coming for them in the next few days.