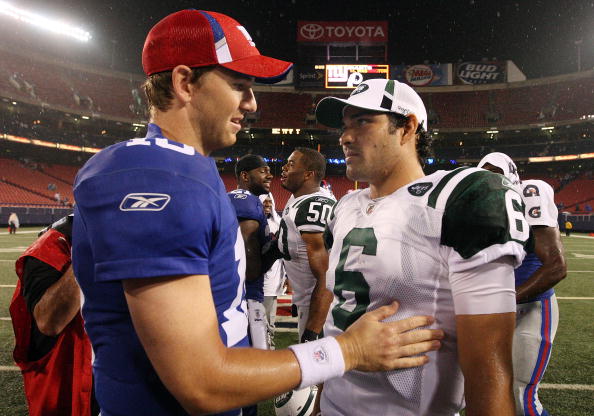 Coming off a stunning victory in Philly, the NY Giants demoralized the Eagles at home and showed the ‘Dream Team’ that money can’t buy wins. A lot of people, myself included, did not see that coming. Hopefully Big Blue’s momentum will carry over into Arizona where the Giants stunned the world in Super Bowl XLII. As long as the defense can do what they did in Philly, I don’t see how the Giants can’t win this game, even with the -1. The real challenge in this game will be to hold Larry Fitz in check which will probably be a huge task for an already slacking secondary. Antrel Rolle will be returning to his former home which will hopefully amp up his play. Also look for the emergence of Viktor Cruz to become even bigger. Even though Mario Manningham is back, Cruz showed that he can make the big plays in big moments last week. With Osi possibly making his debut this season, I’m all over the Giants -1 and taking the over at 44.5. Too much offense in this game.

4:05p Preview   Matchup
Show Props
Week 4
In another upset special, the NY Jets were tossed around like a rape victim last week in Oakland. My projection for that game couldn’t have been farther off. I never saw Darren McFadden treating that Jets DEF like a pop warner team. Not only could they not stop the Raiders but the offense looked just as stagnant. With the talent the Jets have, you wonder where the problems lies. Is it Schotty? Is it Sanchez? Is it Rex? Whatever it is, it needs to change immediately this week against a dangerous Ravens team on Sunday night. After 3 weeks the Ravens have impressed with Ray Rice and will go up against a Jets defense that has had a LOT of trouble stopping the run. Derrick Mason and Rex Ryan will both face their former teams which hopefully means they will both go into the game with a chip on their shoulders. If the Jets line can hold then expect a close, low scoring affair in Baltimore. If not we could easily see the Jets at 2-2 and 0-2 on the road. We all saw what the Ravens offense can do to a team with a solid defense (i.e. Steelers). I still like the Jets with the +3 points and the under at 42.
8:30p Preview   Matchup
Show Props
NBC