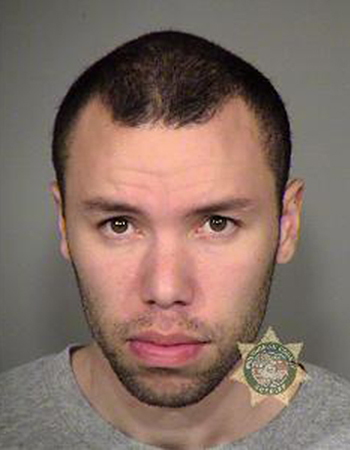 TSG: A jilted boyfriend is facing a variety of felony charges after he allegedly placed a series of phony Craigslist ads directing men to the Oregon home of his pregnant ex-girlfriend for sexual encounters. According to investigators, Andre Jermaine Flom, 31, placed more than three dozen fake Craigslist ads in a bid to torment Catlin Moser, his former girlfriend. Flom’s harassment campaign allegedly began in November, around the time he was convicted of strangling the 29-year-old Moser, who last year secured a restraining order against Flom. One Craigslist ad included Moser’s name, Portland address, and the claim that “I’m very real, looking for a sexy guy to come give me what I need, hit me up! I’m super horny.” Another ad claimed that the victim was “lookin for a guy, or guys to take turns givin it to me good!” A probable cause affidavit filed yesterday in Circuit Court notes that Moser told police that “after one of the ads she had about 15 men show up to her home asking for sex.” Other phony ads directed respondents to the victim’s home, where they could dig up a Japanese maple tree or take a children’s play structure in the yard.

What a great day for blogging. We got drunk chicks on the NJ Transit, assholes giving away $26,000, and now this tool putting up fake Craigslist ads about his ex-girlfriend. I won’t knock his game though because I was actually laughing reading what he posted on there. Listen, I know it’s scary cause one of these guys could have been a killer and his ex is preggos but guess what, no one got hurt so now we can laugh about it, alright?

I had someone do this to me once and let me tell you, literally a minute after the post went up my cell phone started ringing with people asking me weird questions. Obviously I had no idea what was going on but after the 5th caller in 5 minutes, I asked what the fuck was going on and figured it out. Don’t worry, I got the person back 10 times worse but my point is that people must troll Craigslist like they are paid to do it. This chick is lucky she lives in Oregon or that number probably would’ve been 100 dudes looking for sex.

Oh yea, do you know how pissed I would be if I came home and someone was digging up a massive maple tree from my backyard?