I couldn’t tell you the first thing about Cricket and it looks as boring as baseball, but watching a guy take an 86 MPH heater to the nuts is always good entertainment. Where the hell are the fans and why can you hear everything like we’re on the 18th hole of Augusta…so many questions. Gotta love Rick Vaughn’s comment to the batter. “It must have hurt but I’m not saying sorry.” Love that guy.

British tween Charlie Le Quesne and his mom were shopping at a store in England when he picked up an iPhone 4S on display and innocently asked Siri, “How many people are there in the world?” The 12-year-old, expecting the phone’s automated assistant to give him a number, got a real shock when instead Siri answered, “Shut the fuck up, you ugly twat.” Whoa, girl, watch your mouth!!! Charlie’s mother, Kim, couldn’t believe what she’d heard, so they asked the same question, thinking it must have been an error. But crabby Siri fired back with the very same expletive-laden rant.

As you might imagine, Kim wasn’t too pleased, and complained to store managers. They apologized and pulled the phone from the display, which was on a low shelf in full reach of children. The store thinks that some potty-mouthed prankster had their way with Siri and got her all confused, programming the filthy phrase in as the user name for the phone. Since Siri is sometimes in the habit of responding to people by their names, she might have simply said the phrase thinking it was the boy’s name. You can see how somebody would think that was an awesome trick (though there are a lot more clever ways to do it than just putting in a bunch of four-letter words), but Charlie’s mom says didn’t appreciate the joke: “I couldn’t see the funny side.” As for the foul-mouthed iPhone, it’s being sent back to Apple for “diagnostic tests.”

Sounds like it’s that time of the month for Siri. After all the dumb fuckin’ questions people always ask her, she finally had enough. “Shut the fuck up, you ugly twat” is probably the least of what Siri wanted to say to this kid. Ask a better question next time bucko and maybe you won’t get told off by a cell phone app. Robots showing emotion is just the beginning of how they are going to take over this world some day. Love this story and credit to the asshole nerd who plugged that phrase into this floor model iPhone 4s. 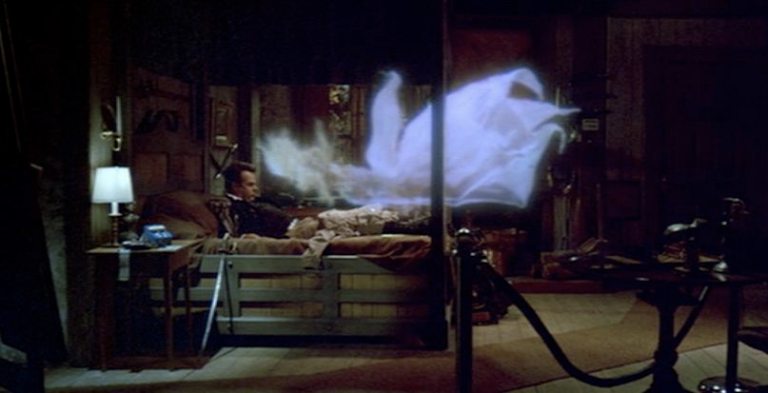 A grandmother claims she is being haunted by a poltergeist who continually gropes her as she tries to sleep. Doris Birch, of Herne Bay, began experiencing the nocturnal disturbances in her flat four months ago. The 73-year-old said: ‘It’s like an octopus. I was lying in bed when I felt this creepy pair of hands. ‘I kicked frantically and it went away. ‘I’ve tried sleeping without the duvet. But it started shaking my mattress. ‘I even threw the mattress off the bed and bought a new one but it has made no difference. ‘This is very creepy and is giving me the jitters. It’s harassing me. ‘I need to call in the Ghostbusters.’ Mrs Birch, who lives alone, says she has consulted a vicar who believes the disturbances are being caused by a ‘lost spirit’, according to the Canterbury Times. The former nursing home assistant has had a promise from a local husband-and-wife ghost hunting team to send the poltergeist packing. Spirit medium Ray Herne says he will draw the ghost into him while his wife Beryl will capture it in a ‘vortex of light’ and send it to the ‘other side’.

I can totally relate to this woman. Growing up through puberty I had nocturnal disturbances every other night and let me tell you, it made for long nights and weird mornings, especially when you’re sharing a room with your two brothers. Mrs. Birch needs to lighten up and go with the flow. Be happy someone stills wants to feel you up at 73-years old. It’s like that scene from Ghostbusters when Ray catches a hummer from the ghost floating over his bed. I would only hope that would happen to me but I don’t think ghosts are coming to NYC anytime soon.

Side note: I watched Ghostbusters every week growing up and never knew what was really going on in that scene until high school. Explains a lot about my childhood.