The ‘No Pants Subway Ride’ takes place every January and its popularity has only grown since the inaugural ride in 2002. Thousands of people participate from around the world and shed their pants for a few subway stops despite the frigid winter temperatures. This year was no different as NYC was going through one of the coldest weeks in history. A whopping 16 degrees on this day made it feel like Spring compared to the sub-zero temperatures we had experienced all week.

This video of a man and woman fighting on a Toronto subway platform got reported and removed from Instagram this afternoon. Not sure what the reasoning was but that’s why I have a website. It will now live in infamy here! 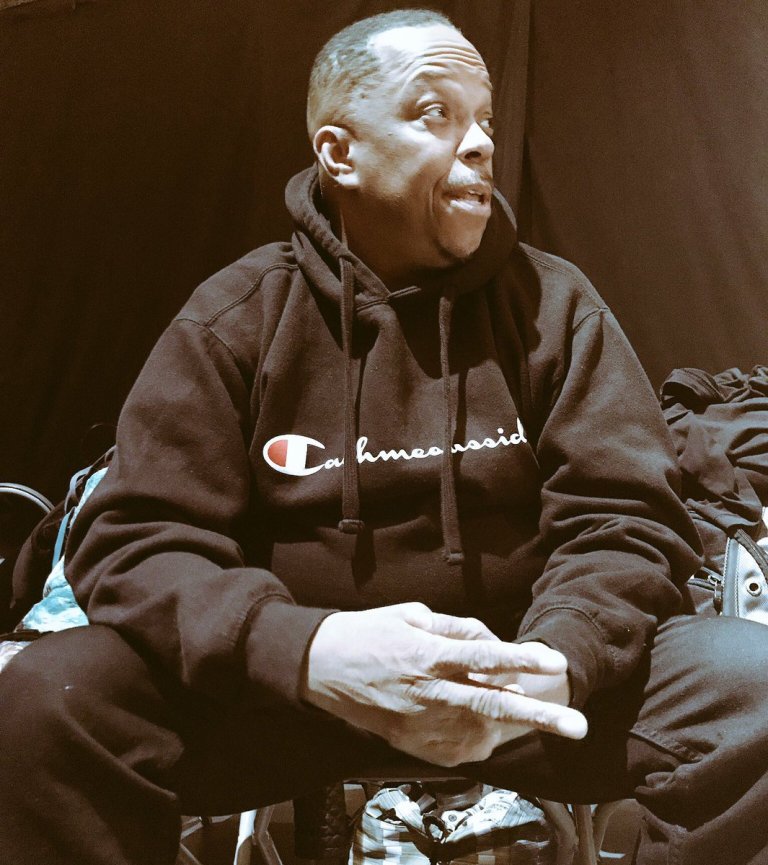 If you walk through the NYC subway you’ll more than likely come across someone busking on the platform–from performance art to struggling bands to teens just practicing their instruments outside their quite apartments. But it’s not often you are stopped cold in your tracks and the hair stands up on your arm from hearing a man belt out oldies such as Unchained Melody and A Change Is Gonna Come. Enter Mike Yung.

Mike has been singing since age eleven and performing in the subways of NYC for the last thirty-five years. He said one day he was convinced by a friend to head underground to make some money performing and it took off from there. Yung usually uses the 23rd St. station in Manhattan as a stage for his shows but is forced to relocate if there is a busker already in his spot. To call this man a ‘must-see act’ (or hear) is an understatement. Mike is the next big thing and clearly I’m not the only one who thinks so. Last year, one of Mike’s videos went viral and The Late Late Show host James Corden was so blown away, he invited him to perform on his show (video below).

And, yes, the man still doesn’t have a record deal as of this post. I have a feeling you’ll be seeing a lot more of Mike Yung in the future–at least I hope so.

If you are looking for more on Mike or his music, you can search Youtube or check him out on Spotify and iTunes. You can also catch him on Instagram/Twitter @mikeyungnyc 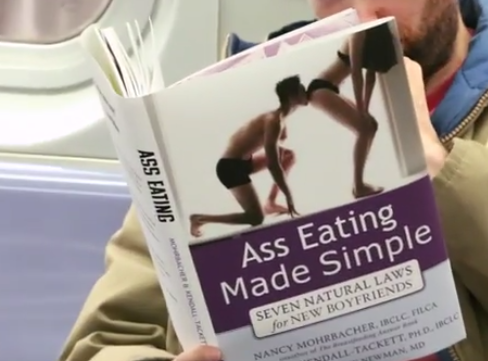 Of course the ‘Ass Eating Made Simply’ picture from the subway is staged. Comedian Scott Rogowsky took to the subway with a number of book covers in this creative/funny video to get reactions from fellow passengers. Just so happens this specific one got the most attention. Slow clap for this man…

Let’s be honest, the chances of this being pizza rat are slim to none but we’re New Yorkers so of course it’s the same goddamn rat. Here’s the full story below from NYMag.com.

NYMag: New York got its first subway-rat video of the new year Saturday night when YouTube user JB José captured footage of a rat dragging another, clearly dead rat down the stairs at Jay Street–Metrotech in Brooklyn, eventually hauling the stiff carcass down the platform and off into the subway-tunnel darkness. Since the anthropomorphization of subway vermin is now a thing, JB imagined some possible explanations in his caption for the video:

A little before midnight on Jan 2, 2016 at Jay St-Metrotech, Pizza Rat emerges from the darkness to retrieve his fallen comrade. Was it trying to the “wake up” the other? Was it taking it away to eat? Will we ever know?

Reached for clarification by Gothamist, JB emphasized that the rat really had just appeared and then specifically sought out the body, much to the delight and disgust of onlookers. Rat Law & Order fan-fiction is now sure to follow, but considering the fact that the two closest pizza places to Jay Street–Metrotech are a 99¢ joint and a Papa John’s, cannibalism seems more than likely in this case.

So somehow a rat activates an iPhone camera and takes a selfie on an unsuspecting, sleeping man in the subway. Do we believe it? Probably not because Jimmy Kimmel has ruined everything for us.